Now available in hardcover wherever finer books are sold.

“To shoot or not to shoot?”

“To embrace or spurn a blond beauty who might blow their cover if they let her into the leadership of the Central Committee?” 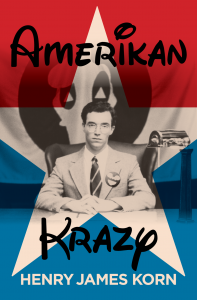 See full details for appearances below.

126 North Larchmont Boulevard
Los Angeles, California 90004
The book launch for Amerikan Krazy. Come purchase your copy and have it signed by the author at a local reading.

Orange County Public Radio
“Ask a Leader” hosted by Claudia Shambaugh
You can listen to the audio of this radio appearance if you missed it live. 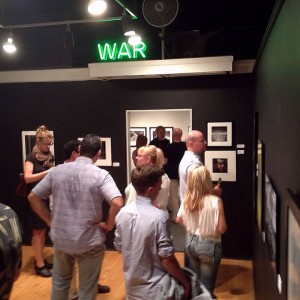 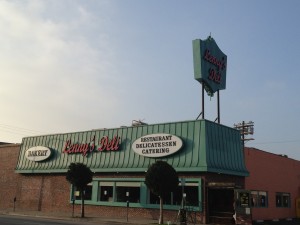 Henry James Korn is available for readings, lectures, performances, panels and arts consulting.  To book an appearance please email us.

We also maintain a select list of past appearances as well.

“Henry James Korn is one of our very best absurdist writers and Amerikan Krazy has all the best characteristics of Heller’s Catch 22, Jack Kerouac at his best like Dr. Sax and Robert Coover’s Public Burning.”
-Dr. Walter James Miller, Professor of Literature, New York University and host of Reader’s Almanac

“Henry James Korn’s novel Amerikan Krazy makes sense out of the absurd conditions of contemporary life. Are prevailing authorities engendering paranoia by manipulating power, spectacle, violence and social status? Does fear assist a disloyal opposition in recovering its sanity? These are among the central questions lurking within this hilarious and hallucinatory post 1984 quest for truth.”
-Martha Wilson, artist and Founding Director, Franklin Furnace

“Amerikan Krazy delivers a fearless, wildly creative, and rollicking ride through an absurd yet painfully familiar landscape of American culture from post-WW II to a not-too-distant future. The novel’s vibrant historical context features the illusions and disillusions of a PTSD-stricken protagonist who vows to tilt at all available windmills, giving us laugh-out-loud moments as well as those of wincing recognition of our culture’s corporate capture.  Fueled by passion and driven by a playful rage, the novel smacks ruling-class bastards right proper.”
– Dr. Patricia Hartz, Lecturer and Writing Program Director Emeritus, Department of Humanities, University of California, Irvine

Amerikan Krazy follows in the storied tradition of some of the following works:

Henry James Korn’s books include Amerikan Krazy (2016), Marc Chagall; From the Desk of Dr. Know; Exact Change: Short Fiction; A Difficult Act to Follow: Stories & Essays; and Muhammad Ali Retrospective. Korn has written about art, sports, popular culture, media and history for magazines and newspapers and his stories have been published in fiction anthologies and literary magazines. Korn was awarded a writing fellowship from the National Endowment for the Arts.

Mr. Korn holds a B.A. in Liberal Arts from Johns Hopkins University where he edited the undergraduate newspaper.