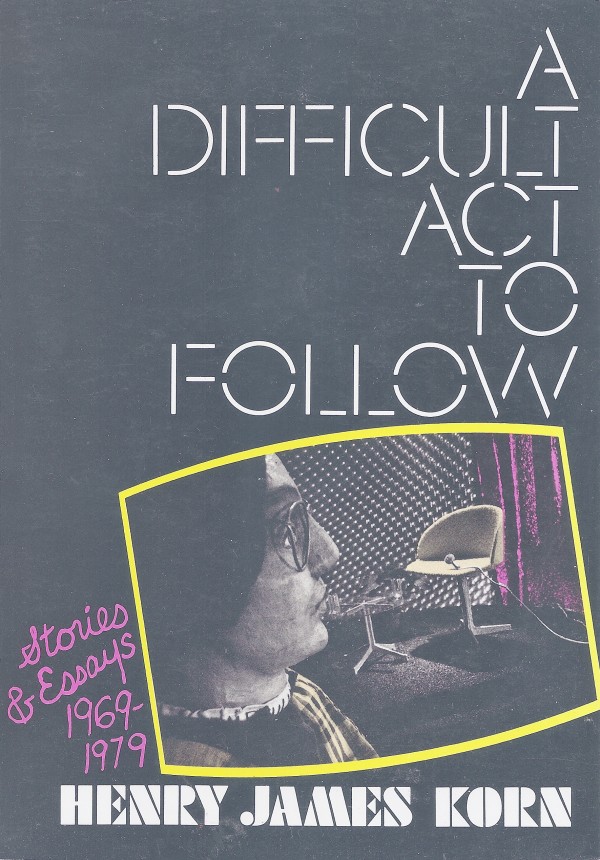 “Henry James Korn’s sensibility is leavened by ingenuous appreciation for pop products enabling him to walk a wire teetering between naïveté and didacticism without losing his balance, a feat that makes Henry James Korn a true humorist rather than just another cynic.   While moral and political concerns are strongly evident, the author seldom permits them to dominate the scene.  His world is fully objectified.  Images of extraordinary clarity infuse his lyrical, comical and satirical visions with authentic power.   Henry can take a dozen words and fill you with sweet sorrow for all humankind.”
-A.D. Coleman

There are no reviews yet.